As valuable as it is to understand the theory behind the code we write, nothing is more important than just writing code! So, as part of the blog, I am aiming to do at least one "project" every month. This will range from small, refactoring projects to bigger, more ambitious builds.

For my first project, I decided to build a game of tic tac toe using JavaScript & jQuery. I have seen a few of these around, but most of them are two human-player games. What I wanted to build was a single player game, with the program as the opposition. This meant that the program had to be smart enough, not only to know when there was a win/lose/draw, but also to play tactically.

You can view the full code on my github repository, as well as play the game yourself. I thought I would share with you here the pseudocode to show the basic logic of the program.

The solution I came up with used classes on each of the tiles to determine when there was a win/lose/draw state. First, I created the actual playing board, which was just a bunch of <div>s.

Next, I mapped out what every winning state could be. 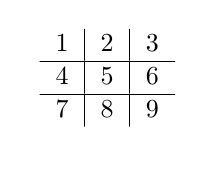 This method involved a lot of hard-coding to enable the program to determine the winning states and also how to play tactically. I had 9 functions in total -

That's the basic idea! Although this might not be the most elegant solution, it works well enough for the moment. There are still some bugs and other things that I will like to improve on in the future. One thing I would definitely like to do is to re-write the program without jQuery in order to get more comfortable writing pure JavaScript.

If you have any suggestions, please do leave a comment below.

All articles are written by Ire Aderinokun, frontend developer and user interface designer.